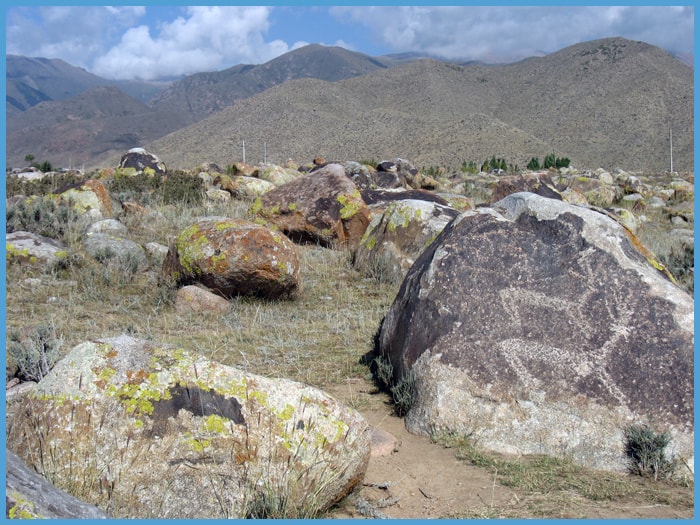 Day 1: Osh
Your driver will welcome you at the International Osh Airport and take you to the city. Osh is the southern capital and second largest city of the country. You will start city tour from a hike to the holy Suleiman Mountain.  Suleiman Too is famous as a Solomon's Mountains. According to the legend, the body of the Suleiman Prophet was buried at the foothills of this mountain. Nowadays Suleiman Mountain is a popular place of worship for Muslims. Later you will explore the colorful Asian Bazaar. It is especially colorful bazaar in the country. Night in a hotel.

Day 2: Osh - Abshir Ata - Osh
Today the day-tour to outskirts of Osh is waiting for you. It will be picturesque Abshir Ata Gorge. In this beautiful gorge, you will explore two sites, a waterfall, which is believed to be holy and alpine lake. The road leading to the lake will be magnificent and you will have many photos. Enjoy the picnic with the view of lake. After nature, drive to Osh and have traditional dinner at local restaurant. Night in a hotel.

Day 3: Osh - Bishkek
In the morning, you will drive to the airport to take a flight to Bishkek. The city tour starts at the Pobeda Square( Victory Square). Later you will enjoy the walk in the oldest park of the city -Oak Park. Further, the main square Ala Too Square, where all the major events of the country take place. On the way to Philharmonic hall, you will stop at the National Museum of Fine Arts, where you will learn more about art and applied art of Kyrgyz people. The highlight of the city tour is Asian Bazaar. In the fast moving bazaar, you can see everything and people are bargaining with each other. Bazaar is busy, especially on Sundays. Night will be at the hotel

Day 4: Bishkek - Burana - Issyk Kul northern shore
Today you will start your journey at 8 a.m. The tour will go to the famous lake of Kyrgyzstan, Issyk Kul Lake. Kyrgyz people proud of the beauty of Issyk Kul. There are many songs and poems about the lake. It is located at the altitude of 1608 meters above sea level and it makes Issyk Kul the second biggest alpine lake of the world. The water of the lake is salty and has curative qualities. On the way, make a stop at the Burana complex, which represents old city of medieval ages (11th century). There is a nice collection of Balbals (warrior grave stones). Night will at the hotel near the lake.

Day 5: Issyk Kul - Bishkek - Ala Archa - Bishkek
After breakfast, discover the huge collection of rock paintings in Cholpon Ata. The stones dating back to 800 BC and believed to be carved by shamans. Continue to Bishkek and further National Park Ala Archa. During the Soviet Union, inly people with special status could come to here and have rest. Nowadays everyone can enjoy the nature. It attracts many people because it located not far from the city( 45km). Have short hike and breathe with pure air. Then drive back to city. Overnight in a hotel.