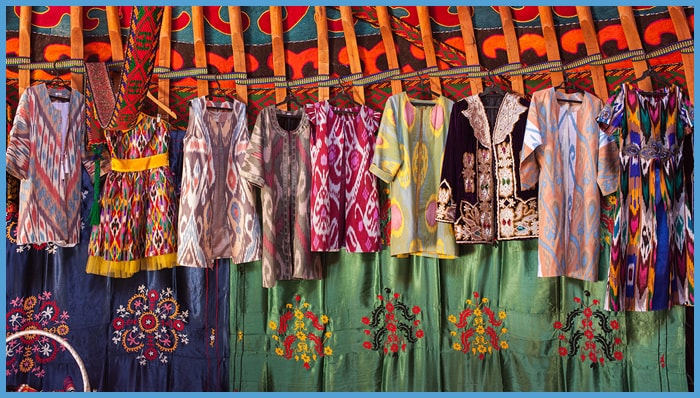 Day 1: Tashkent - Nukus
Land to Tashkent and meet your local guide. Then take a flight to Nukus city. Upon arrival have  enjoyable city tour in Nukus. Visit unusual local museum of Savitsky. This museum exhibits prohibited masterpieces of art during the 19th century. They are works of Sokolov, Komarovskiy and Amaravella group. The coordinator of Karakalpakstan state museum gathered all work during 1960s. Some of the paintings were bought, others were given by the artist itself. After long time of keeping hiddenly, he managed to exhibit in the museum. Later explore the outskirts of Nukus. It will be remains of ancient city -Mizdakhan necropolis.  Archeological excavations confirm that during the 4th century BC and 14th century AD, the place was occasionally conquered. In the end, visit Zoroastrian monument, which is 2200 years old. It is located in the Chilpyk village. Spend night at the hotel.

Day 2: Nukus - Ayaz Qala - Tuprak Qala - Khiva
Your tour will carry on to the oldest Uzbek city Khiva.  The city will take you to ancient time. The history of Khiva closely related with the Khorezmshah's State, whose capital was Urgench near Khiva. Compare to other cities in Uzbekistan, Khiva was the most developed town along the Great Silk Road. According to the 10th century resources, almost all traders from East to West stopped over Khiva. Warm and safe environment of the city welcomed trader and caravans all time.  On the way, you will visit remains of  old civilization: Ayaz Qala and Turpak Qala. Ayaz Qala served as a fortress during Khorezm State, was built in II century AD. According to old folklore, it was named for the honor of brave slave warrior Ayaz. Another fortress Tuprak Qala was established in I or II century AD and was kept until 6th century. The name Tuprak means clay fort, in ancient time Khorezmian leader Artav used it as a palace.  Long-lasting conquering and wars over centuries destroyed the forts. Arrive to Khiva and stay in a hotel.

Day 3: Khiva - Bukhara
After breakfast, you will drive to another beautiful city Bukhara. This is a real town museum of Middle Ages, thanks to more than 140 historical monuments. The city Bukhara represents narrow streets, beautiful parks and gardens, closely located buildings belongs to different epochs. While you drive from Khiva, you will also see endless Kyzyl Kum desert. Furthermore, you will see the deepest river in Central Asia- Amu Darya. It begins in Tajikistan from the joint of Panj and Vakhsh Rivers and flows to Aral Sea. After our arrival to Bukhara, you will have free time. You spend night in a hotel.

Day 4: Bukhara
Today Bukhara will show you all the important sites. The first stop will be the oldest citadel of the city - Citadel Ark. It was built during 4th century. Citadel Ark served as a residence of Bukhara Emirate dynasties. Next is Samanids mausoleum, the masterpiece of 9th-10th century architecture. Later tour will continue to the Chashma Ayub, also known as Job's spring and Bolo-Hauz mosque, famous as a mosque of forty columns. Bolo-Hauz was constructed for the honor of Abu-Fayud Khan, the city's governor. Further, you will have enjoy exploring well-known madrasahs like Nodir Divan Begi in the Lyabi House Ensemble, the remarkable site of Bukhara. Moreover, you will enjoy time to visit street of shopping domes. The last will be Poi Kalon complex. It includes three unusual artwork dating back to 12th-16th centuries: Kalon minaret, Kalon mosque and Mir Arab Madrasah. You will spend night in a hotel.

Day 5: Bukhara
Today, you will discover the suburbs of Bukhara. In order to reach first site, we will drive few kilometers. It will be the memorial complex of the outstanding Sufi Philosopher and Leader Bahauddin Naqshbandi. Nowadays it became one of the popular place of worship for Muslim community. Every year many people come to visit the complex.  He also was one of the Amir Timur's religious supervisors. Now complex consist of mosques of Kushbegi and Muzafarohana, garden with pool, madrasah, and burial places of Bukhara rulers and Dakhma upon the tomb of Saint Bakhauddin Nakshbandi. Next site is the residence of Bukhara Emirs in countryside. Sitorai Mohi Hosa complex will surprise you by diversity of architectural styles. The name means young death of the wife of the Emir. The meaning is "Star - like and moon- like Palace". In the end of the tour, you will visit Chor Bakr memorial at Sumiton village. The four edges of the complex means the Globe and means the equality of human beings. It was built during the governance of Samanids reign, 16th century. Night in a hotel.

Day 6: Bukhara - Gijduvan - Samarkand
Today you will start your way Samarkand. En route, you will have an opportunity to see outstanding pottery workshop at Gijduvan village.  Ceramic school of this village is one of the oldest. The tradition of making comes from ancestors. Continuing this valuable skill is very appreciated by the local community. Nowadays there are sex generation of potters from Narzullayevs family. The family makes famous Gijduvan School of ceramic worldwide. The uniqueness of the ceramic in Gijduvan is in unusual ornaments and patterns. The main paints are green and blue, which gives elegance to the products. Night in a hotel in Samarkand.

Day 7: Samarkand - Tashkent (transfer or train)
The morning train will take you to the capital city Tashkent. City tour will start Independent Square, which was constructed for the honor of the victory over fascism during World War II. A walk on the main Broadway to the Square of Amir Timur will show you real life of the city. Next remarkable places are Chorsu Bazaar, Kukaldash Madrasah and Hast Imam complex, which includes many madrasahs, mosques and mausoleum. The most important site of the day is Othman Quran, the oldest copy of the holy Quran dating back to 8th century. The owner of the book was Othman Ibn Affan, one of the four Caliphs succeeded prophed Muhammad. He was murdered by non-muslim community. Nowaday, you can see his blood stains spread on the paper of the book. Night in a hotel.

Day 8: Tashkent - Chimgan Mountains - Tashkent
After breakfast, you will drive to Chimgan Mountains. There you will take 30-munite chair lift to get to the top Beldersay Peak. After arrival, you can have free time to take a walk and enjoy the beauty. On the way back to Tashkent, we will make a break at Charvak Lake. Here you can spend time on activities on the water (seasonally). Charvak is human-made lake. Everyone want to spend few days lining on the beach. Return to Tashkent and rest in a city hotel.

Day 9: Flight
Today is the last day, transfer to airport.