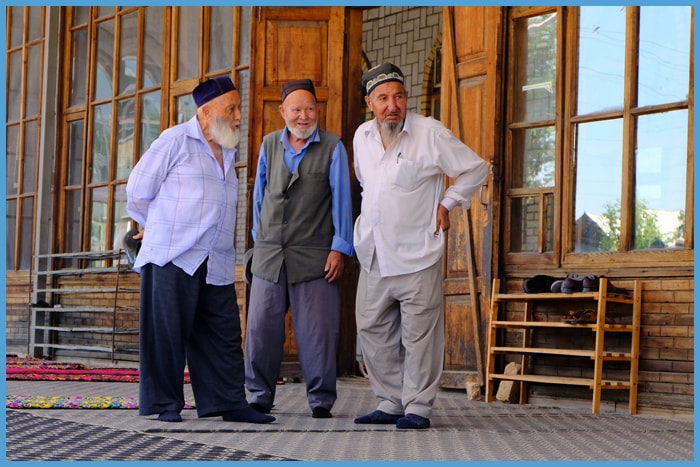 Day 1: Tashkent
The city tour of beautiful Tashkent will start from Independent square, it is the main square of Uzbekistan. It was founded for the honor of victory over fascism during World War II. Take an enjoyable walk on main Broadway, to feel city's atmosphere. It will lead you to Amir Timur Square. Later you will have opportunity to ride a Tashkent metro, one of the first in Central Asia, built in 1977. It also considered one of the beautiful subways in the world. The most exciting part of the tour is old city. First, explore the colorful Chorsu Bazaar. Then visit historical places like Kukaldash Madrasah and Hast Imam complex. Hast Imam home to many madrasahs, mosques and mausoleums. The most important artefact in the complex is Othman Quran, the oldest copy of Quran throughout the world. Its history goes back to 8th century. According to historical resources, it was owned by Othman Ibn Affan. He was the Third Caliph of the prophet Muhammad. When he was killed by his enemy in 8th century, his blood spred on the book, which is seen until now.  Night in a hotel in Tashkent.

Day 2: Tashkent - Samarkand (350 km, 4 hrs drive)
Morning drive to another amazing city of Samarkand. It is the second largest city of Uzbekistan. According to archeological researches, the city coeval with Babylon or Rome. Samarkand located in the beautiful Zarefshan river valley. Mysterious city will open its doors with famous Registan Square, Shakhi-Zindeh, Mausoleum Guri Emir and Bibi Khanum Mosque. Registan is central square with mesmerizing beauty of three madrasah buildings. Those charming architectural monuments were constructed in 15-17th century. In the Shakhi-Zindeh complex represents many mausoleums dating back to 11th-15th century. Moreover, it is on the list of UNESCO Heritage. The las site is Bibi Khanum Mosque, which was built by Tamerlane for the honor of his wife. Night in a hotel.

Day 3: Samarkand - Urgut - Samarkand
After enjoying breakfast at the hotel, start exploring the outskirts of Samarkand. The first will be Urgut settlement, which is popular with fast-moving and colorful bazaar. Observe locals trading. Afternoon, transfer to Al Bukhary Complex. Al Bukhary was one of the influential scholars. He wrote several books like Al-Adab al-Mufrad. The most important work of him was the authentic collection of Hadith. Return to Samarkand and night in a hotel.

Day 4: Samarkand - Tashkent (350 km)
Morning transfer to capital city Tashkent. Continue c=sightseeing in Tashkent, visit Courage Monument. It is a memorial for the honor of elimination of the outcomes of the Tashkent earthquake. Next will be Complex of Zangi-Ata. One legend says that Zangi-Ata was a shepherd, who was very influential by his wisdom. In the end of the tour, have interesting excursion at Museum of Applied Arts of Uzbekistan. There perfect exsamples of applied art life glasses, national clothing, hand made embroidery, Skulcaps and national fabrics, carpets and woodcarving. Overnight in a hotel.

Day 5: Tashkent - Flight
In the morning, transfer to airport according to flight schedule.


Tour price does not include:
- Visa
- Full board
- Travel insurance
- English speaking guide
- Entrances to all museums
- Train tickets - 60 $ pp for round trip